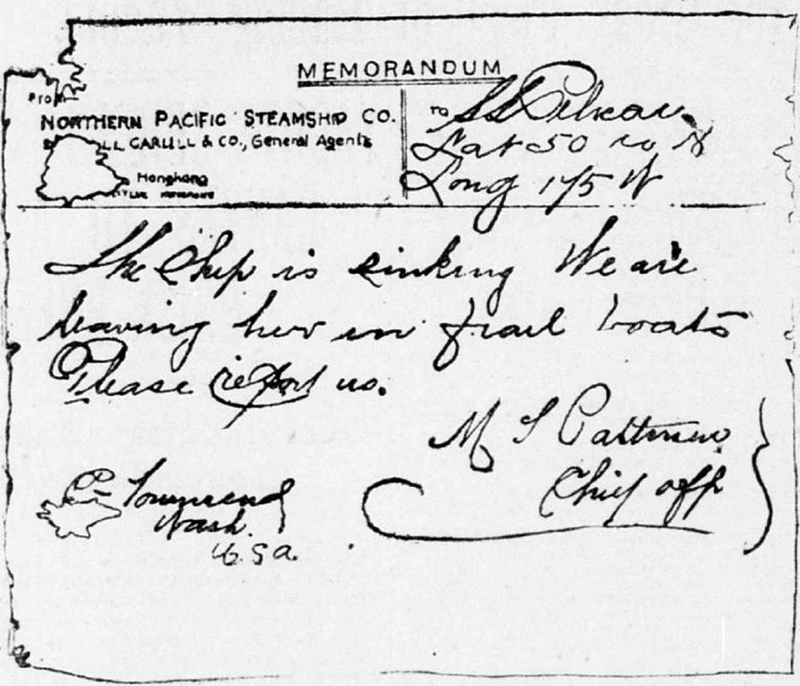 In a bottle, on a Northern Pacific Steamship memorandum form used by a Hong Kong shipping agent:

The Pelican was a Glasgow-built Northern Pacific Steamship Company steamer. It left Port Gamble, Washington, for Taku, Beijing, on 3 October 1897 and was never seen again. The ship was listed by Lloyd’s as missing on 9 February 1898. It was thought to have sunk during a gale.

Then in September 1911, a schooner named Saucy Lass returned from the Bering Sea to its home port of Victoria, British Columbia, with news of the Pelican. Islanders on Akutan, one of the Alaskan Aleutian Islands, had found four skeletons lying on the rocks just above the water line. The skeletons appeared to be wearing Northern Pacific Steamship uniforms. It was speculated that the unfortunate crew of the Pelican had managed to reach shore, “only to perish of exhaustion”.