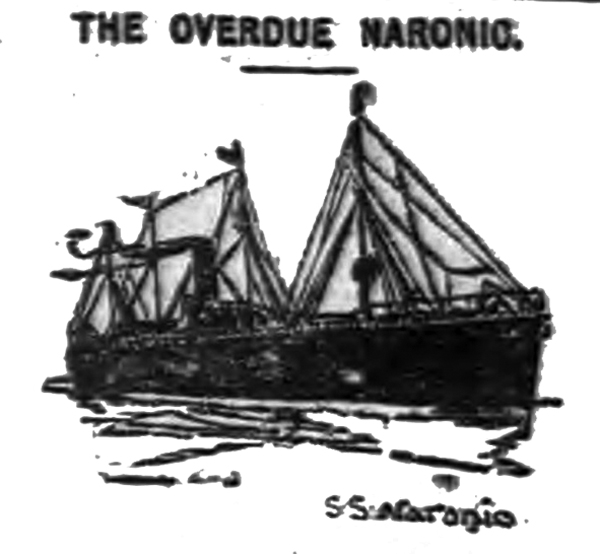 In a bottle, on a scrap of paper:

The White Star Line cargo steamship Naronic left Liverpool for New York on 11 February 1893. On board were 50 crew, 14 cattlemen, ten horsemen, and a cargo of livestock. The ship called at Point Lynas, Anglesey, but was never seen again. In March, the steamer Coventry spotted two of the Naronic’s empty lifeboats in an area with large quantities of ice, close to where the Titanic would later be sunk. Four other messages in bottles relating to the Naronic were found, but none could be proven to be genuine, and the ultimate fate of the vessel remains a mystery.